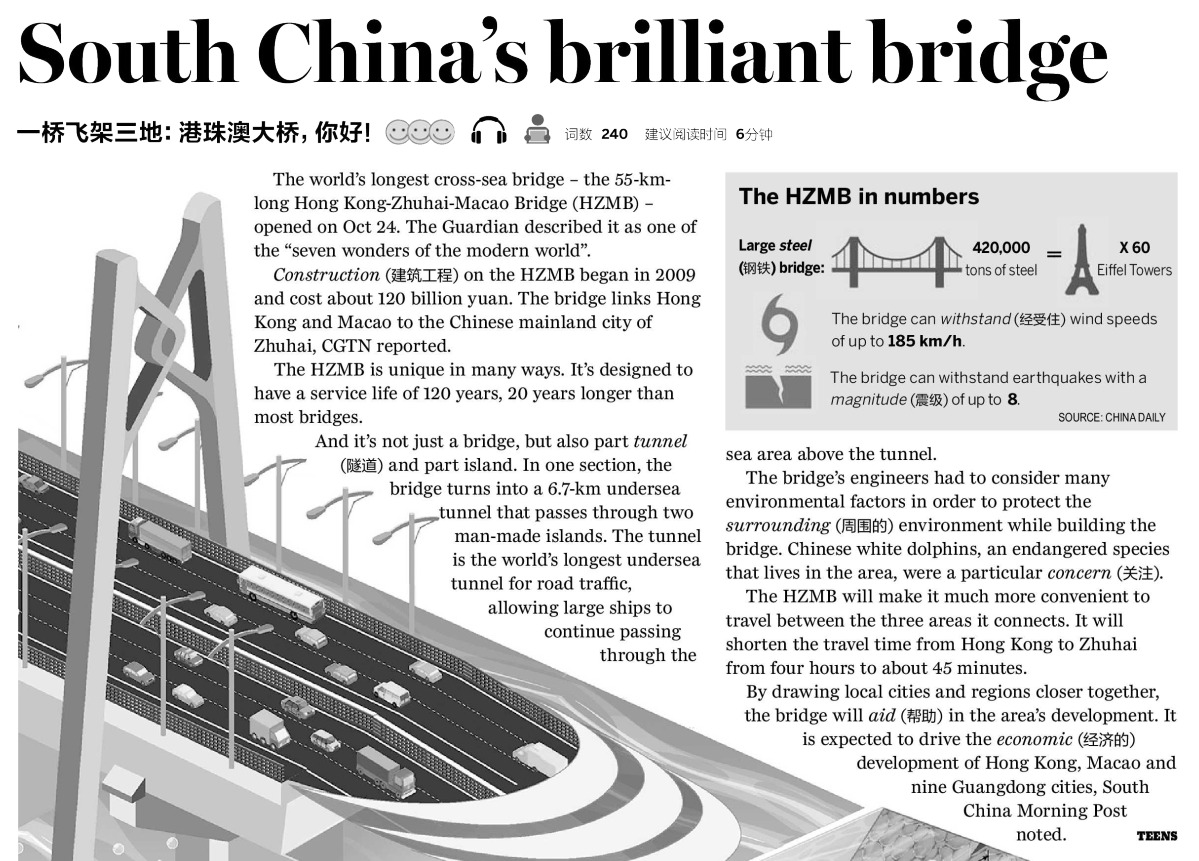 ① The world’s longest cross-sea bridge – the 55-km-long Hong Kong-Zhuhai-Macao Bridge(HZMB) – opened on Oct 24. The Guardian described it as one of the “seven wonders of the modern world”.

② Construction(建筑工程) on the HZMB began in 2009 and cost about 120 billion yuan. The bridge links Hong Kong and Macao to the Chinese mainland city of Zhuhai, CGTN reported.

③ The HZMB is unique in many ways. It’s designed to have a service life of 120 years, 20 years longer than most bridges.

④ And it’snot just a bridge, but also part tunnel (隧道) andpart island. In one section, the bridge turns into a 6.7-km undersea tunnel that passes through two man-made islands. The tunnel is the world’s longest undersea tunnel for road traffic, allowing large ships to continue passing through thesea area above the tunnel.

⑤ The bridge’s engineers had to consider many environmental factors in order to protect the surrounding (周围的)environment while building the bridge. Chinese white dolphins, an endange red species that lives in the area, were a particular concern (关注).

⑥ The HZMB will make it much more convenient to travel between the three areas it connects. It will shorten the travel time from Hong Kong to Zhuhai from four hours to about 45 minutes.

⑦ By drawing local cities and regions closer together, the bridge will aid (帮助) in the area’s development. It is expected to drive the economic (经济的) development of Hong Kong, Macao and nine Guangdong cities,South China Morning Post noted. TEENS